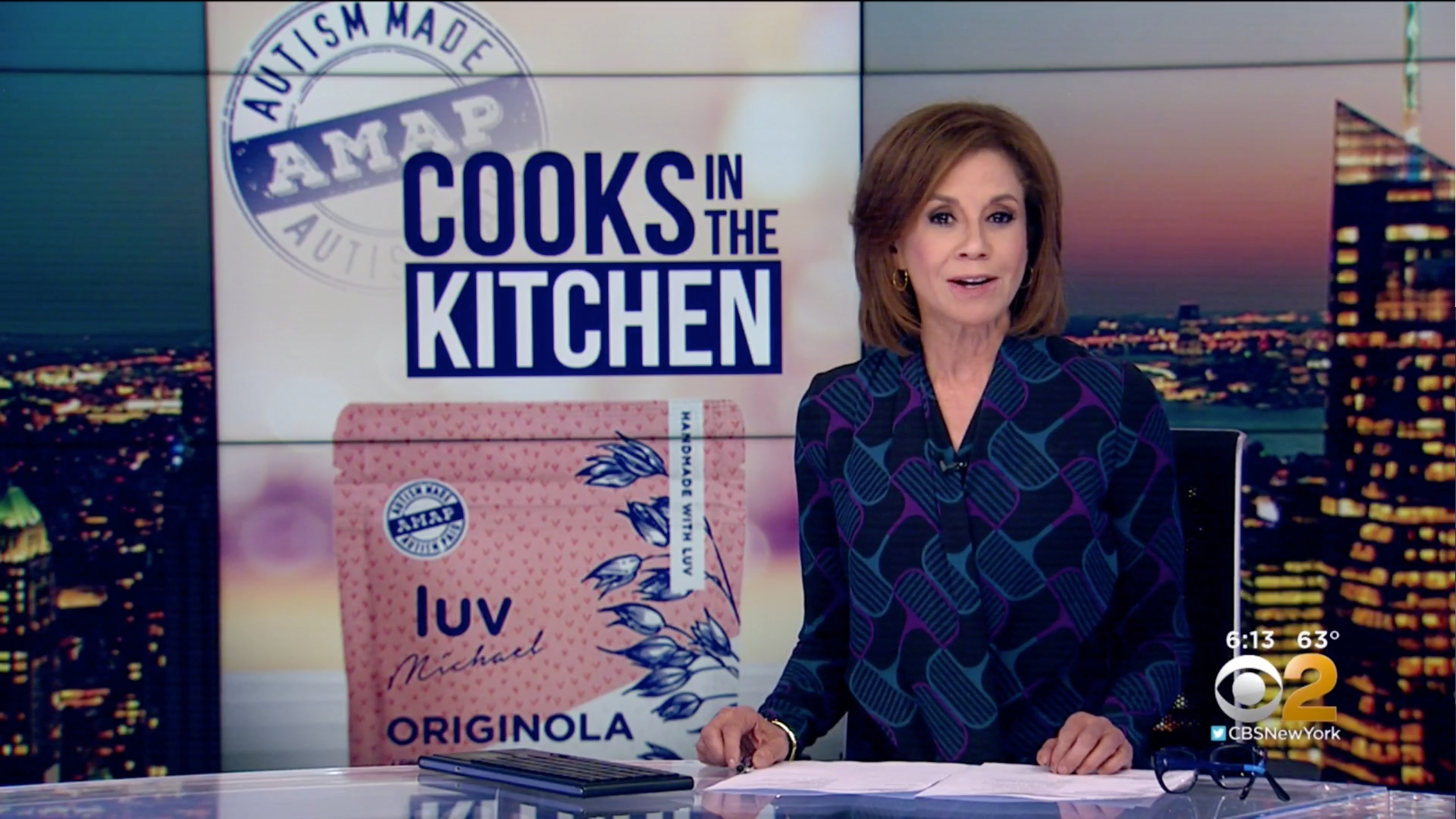 When it comes to this kitchen, there could never be too many chefs.

A Queens non-profit is not only expanding into Manhattan, but looking to employ more adults with autism to help them continue to grow.

There may be six brand new gas ovens in the space, but the folks at Luv Michael always had a recipe for success.

“In order to really grow our business, we have to be in a certified facility,” said Dr. Lisa Liberatore, who is the founder and president of Luv Michael. She’s an ear, nose and throat specialist. In 2016, she started up the nonprofit Luv Michael, inspired by her son.

Like most adults with autism, Michael had no plans when school ended.

“After 21, individuals with autism or special needs age out of school. That means they leave the protective cocoon or protective environment,” Liberatore said.

So she created one for him, and eventually a dozen other adults: A granola company, where the product is made predominantly by men and women with autism.

Now they’ve grown out of their Long Island City kitchen and into a bigger space.

“We were in an entrepreneur kitchen for an eight hour shift two times a week. This facility is available for us seven days a week, three shifts a day,” she said.

“In the other facility, it was kind of cramped, we had less space,” said Steven Gin, who makes granola.

The 3,000 square foot Tribeca facility has a state of the art kitchen upstairs and a classroom downstairs, where certified special education teachers instruct the paid employees how to be food handlers.

“We also dabble into the sales portion of a business. We’re teaching them the facts of business,” said educational coordinator Sarah Kull.

For many so-called “granologists,” this is their first job, and has become their second home.

“It doesn’t see my disability as something bad, something that could put a damper on the company,” granologist Jenna Carballo said. “They let me be who I am, and I’m amazing.”

Recent numbers show 90% of people with autism are unemployed or underemployed, more than any other disability. This new kitchen will allow the team to at least double their staff.

“So when people say ‘How many people?’ As many as we can,” Liberatore said.

Spreading as much love as they can, as well.

You can find Luv Michael products in select area grocery stores including D’Agostino’s and Wild By Nature.

Copyright ©2022 LUV Michael Granola - All Rights Reserved. Privacy Policy  |  Terms & ConditionsPowered by: LEVO | Luv Michael is a 501(c)(3) and all donations are tax deductible. EIN 81-2205081
Learn More
Book an Information Call to learn how you can earn volunteer with us!
Click Here to View Calendly
Back To Top
×