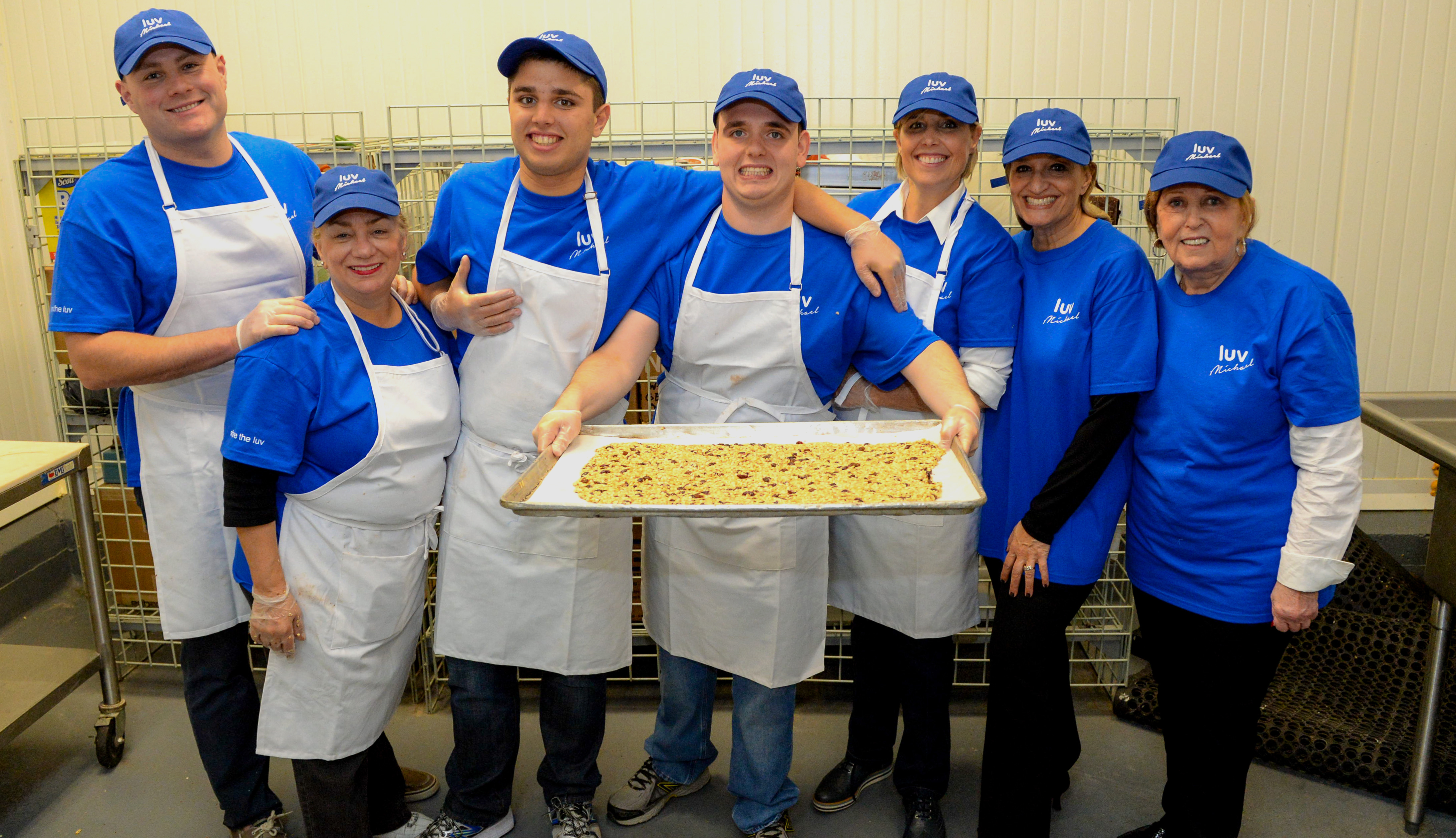 Check out a recent article written covering Luv Michael’s humble beginnings and how Luv Michael is continuing to fulfill it’s mission of providing meaningful jobs for the Autistic population.

Port Washington Native Bakes Up Success in a Non-Autistic World

Michael Kessaris’ food line, “Luv Michael Granola,” benefits those with autism in more ways than one.

Meet Michael Kessaris, cook and inspiration for Luv Michael Granola. Michael’s new line of gluten-free and nut-free granola is taking its first delicious bite out of the fast-growing natural foods niche with distribution in the fifteen Manhattan locations ofFresh & Co. stores. In addition to meeting consumer demands for a high quality snackable granola in the growing market for nut-free and gluten-free foods, Luv Michael is part of an inevitable wave of career-finding solutions for those, like Michael, living with autism.

For Michael and his team, producing the highest quality gluten-free and natural products was a logical tie-in; healthy dietary alternatives have been found to be beneficial to many with autistic symptoms. Providing training and income for others on the autistic spectrum became their mission. With the disability affecting 1 in 68 births and rising, employment for the maturing autistic population has become an increasingly significant challenge for many. The success of Luv Michael is even more compelling, considering that employment for those on the autistic spectrum is lowest among those with disabilities.

Finding a career was not easy for Michael, a Port Washington, NY native. Despite his love of cooking, Michael was unable to enroll in culinary school without a high school diploma. Michael’s parents, both physicians, Lisa Liberatore, MD and Dimitri Kessaris, MD, helped create the food based business so that their son and others with autism would not be a burden on society or limited in their potential to lead happy and productive lives. They started Luv Michael under the parent company, Indigo Life, which represents a commitment for doing even more for the autistic population.

The idea was born to make a healthful quality product that could provide income and a career for both Michael and other individuals with autism. Jason Lantier, an applied behavior specialist who had worked with Michael for many years, joined the Luv Michael team as co-founder. His passion for working with the autistic and creating a successful vocational model was a recipe for success. He agreed that education would be critical to the company’s mission. Michael’s parents and Lantier are currently creating a yearlong curriculum to foster learning and to help those enrolled become employable.

Luv Michael provides a therapeutic employment environment, which caters to the special needs of the employable autistic person. Michael is now joined by Johnathan Drexler, a 23 year-old graduate of the Brookville Center for Children’s Services in NY. Jonathan was unable to get culinary training or employment, and has now found work in the Long Island City kitchen, home of Luv Michael.

Luv Michael’s mission is to “provide a meaningful culinary vocation for the autistic population and to produce exceptional gluten-free and natural products.” So far, success is sweet for Luv Michael. With their first delivery of 500 bags of the 2-ounce “Grab and Go” Originola granola and a weekly commitment from Fresh and Co., sales and distribution are looking promising. With a new curriculum being developed, their mission is becoming a reality. Future plans for Luv Michaelinclude expansion into retail stores in other cities and states. To find out more about Luv Michael, visit LuvMichael.com.

We’ve Got a Friend – Thank You, Assemblywoman Michaelle Solages!

For those who know us, the term “falling off a cliff” is the societal phenomenon…