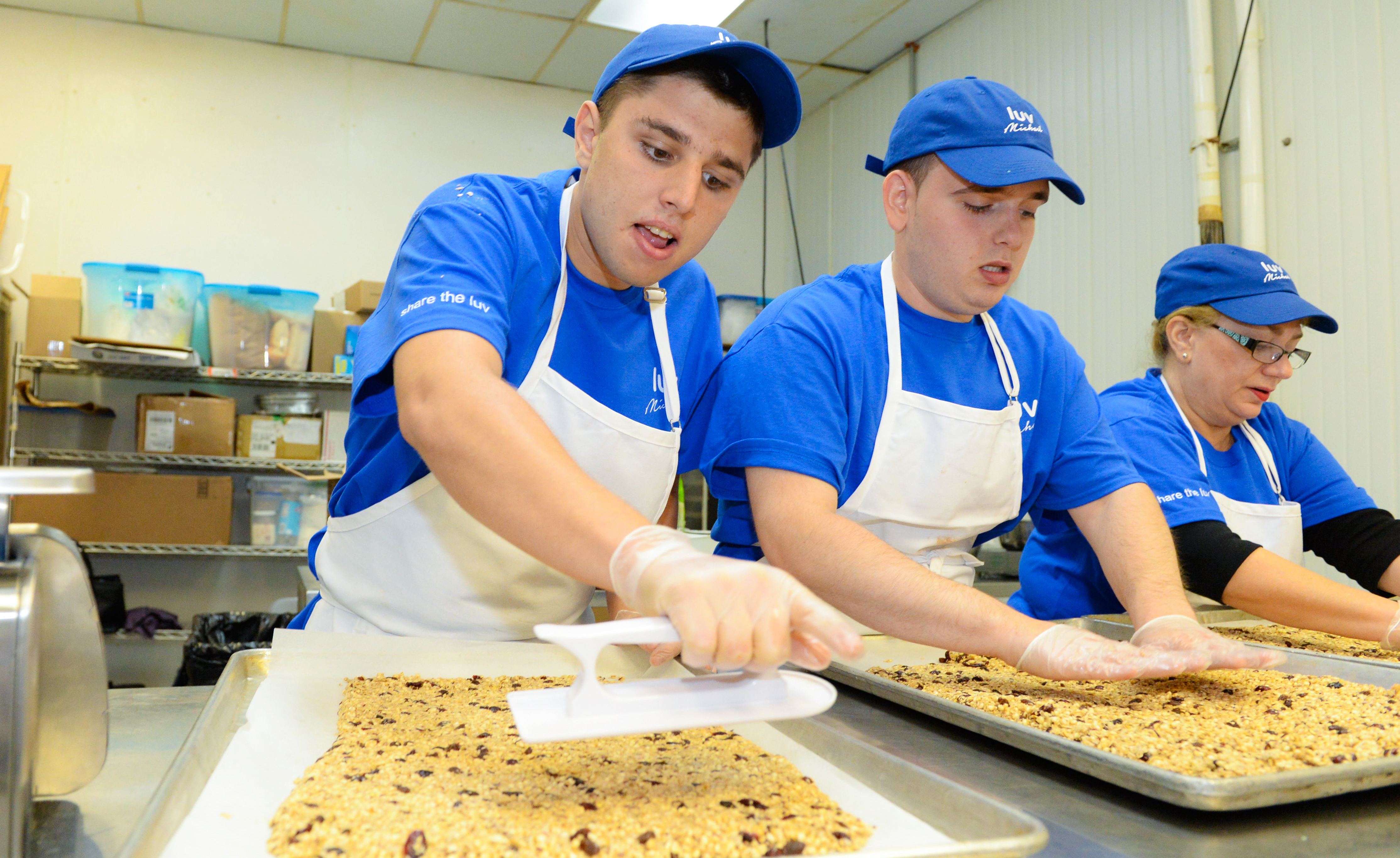 April marks Autism Awareness Month. And as NY1’s Shannan Ferry explains, one Queens business is on a mission to help others find the ability in disability. Michael Kessaris spends many mornings perfecting and packaging bags of granola at his test kitchen where he’s known as “Chief Granologist.” But finding a job didn’t come easily for the 18-year-old.  Michael has autism and was turned down from culinary school because he doesn’t have a high school diploma.

It’s why Dr. Liberatore teamed up with her family to launch a gluten-free granola company ‘Luv Michael.’ The goal is to help Michael and others with Autism can find employment and lead productive lives. ‘When they’re actually manufacturing and they’re helping out in the kitchen, and they turn around to me and they say to me I did it, it’s just a great feeling,” said  George Kessaris, Michael’s Uncle.

The business launched at the Entrepreneur Space in Long Island City last October. Since then, they’ve also employed 23-year-old Jonathan Drexler, who could only find work peeling potatoes before this. With Autism Awareness Month underway, Liberatore  hopes others begin to recognize autistic individuals for their strengths. “They come with a smile, they want to work, they’re never checking their cell phones,” said Liberatore. Liberatore says she ultimately hopes Luv Michael inspires other businesses to find meaningful employment for people with autism.

“As long as you give them a chance the sky’s the limit,” said George Kessaris. “They deserve a happy healthy life, and that’s why we’re trying to help,” said Liberatore. A recipe for success, that’s growing quickly. Liberatore says Fresh & Co is selling the granola in and stores citywide.