Estiator: A Snack that Gives Back - Luv Michael skip to Main Content 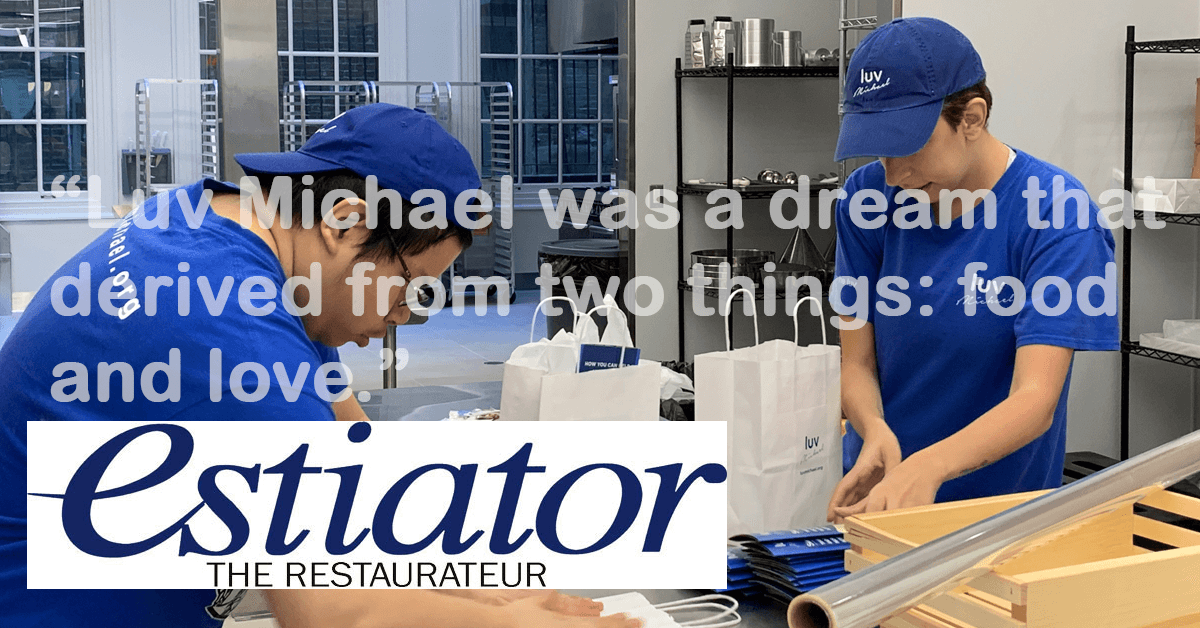 For people on the autism spectrum, finding a job is often a challenge. Luv Michael, a nonprofit company inspired by a young Greek American boy, is doing its best to change that, producing a delicious granola snack while giving meaning and gainful employment to young adults inflicted with the condition.

Luv Michael was a dream that derived from two things: food and love. When Dr. Lisa Liberatore’s son, Michael Kessaris, was diagnosed with autism at age two, she and her husband, Dr. Dimitris Kessaris, feared he wouldn’t be able to have a career that personally and professionally fulfilled him. Luv Michael became the solution to helping not only him but others with autism.

The organization is based in New York at the Tribeca Kitchen & Learning Center. Within its walls, adults on the autism spectrum are employed making organic, gluten-free, and nut-free granola “bark” sold to convenience stores and supermarkets. Its mission is “to provide meaningful vocational training for the autistic population and to produce exceptional gluten-free and natural products.”

At Luv Michael, proceeds from every bag of granola sold go to help educate, train, and employ individuals with autism. The products are made without chemical additives and are safe from most common allergens. Granola is handmade in small batches by their teams of “granologists.” Luv Michael empowers those granologists with living wages and independent life skills while delivering a product that tastes good and does good.

Employment for those on the autistic spectrum is lowest among those with disabilities, according to the U.S. Department of Labor, which reports that 82.4 percent of adults with autism spectrum disorder are unemployed. As such, young people on the autism spectrum can find it incredibly difficult to secure gainful employment.

Adhering to the belief that autism is not what defines a person, Lisa set out to create an organization that would prove every individual’s value and ability to contribute to society and to the economy.

Read the entire article at Estiator…

Thank You From Our Friends At EmbraceKulture In Uganda

Sure to put a smile on your face..Watch this "thank you" Luv Michael video from our…

When it comes to this kitchen, there could never be too many chefs. A Queens…